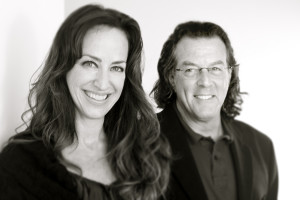 Collaborating for over three decades, Robin Perkins and Clifford Selbert have created some of the world’s most distinguished landmarks, including the iconic and dramatic Gateway at Los Angeles International Airport in California. Their award-winning work for a diverse array of high-profile clients can be seen on five continents — including the Americas, Asia, India, Middle East, and Africa. Robin and Cliff have developed a visionary approach to art, design and communications in the built environment. Their creativity and strategic approach have resulted in national and international recognition for design excellence. Cliff and Robin have been jurors and guest speakers at conferences around the world, published worldwide, and honored with a myriad of international awards, including the SEGD Fellow Award and Los Angeles Business Journal Innovation Award.

Cliff is a licensed landscape architect, current member, and former board member of the Society for Experimential Graphic Design (SEGD) and the American Society of Landscape Architects (ASLA). Clifford studied at Colgate University and the Rhode Island School of Design where he received a BFA and BLA in Landscape Architecture.

Robin is a member of the American Institute of Graphic Arts, the International Sculpture Center, Urban Land Institute, Westside Urban Forum and Women in Architecture. She is a former Board Member of the SEGD, former Board Member of the Architecture + Design Museum in Los Angeles, and Juror for the GSA Excellence in Design Awards. Robin is a graduate of the Rhode Island School of Design with a BFA in graphic design, and studied sculpture at the Massachusetts College of Art.

John has been an integral part of the SPD team for over two decades. Deeply committed to a project’s success, John’s remarkable creativity and diligence have resulted in bold, unique design solutions that consistently exceed client expectations. He has developed comprehensive branded communications master plans for projects around the world.

A graduate of the University of Cincinnati, and President of SEGD (2016/17),  John takes a sculptural approach to his environmental work, creating systems that provide both visual drama and effective communication. He brings imagination and creative energy to all of his projects.

Andy has been a vital part of the creative team of SPD since 1997 when he joined the firm as its New Media Director. A graduate of ArtCenter College of Design in Pasadena, he has expertise in many areas of designed communications including branding, advertising, interactive technologies, photography and environmental graphic design. His attention to detail while maintaining a holistic view of each project is his strength while overseeing his team members’ work in site analysis, wayfinding strategy, branding, messaging and related creative efforts.

As Partner at Selbert Perkins Design, Andy has collaborated with world-class design teams, developing environments for airports, casinos, hotels, rail stations, hospitals, retail centers, arenas, and cities. Andy sees projects from beginning to end and has developed a loyal client base of architects, real estate developers, designers, administrators and tradespeople who have turned to him and the SPD team for both innovative and practical solutions.

Every great design studio needs a “music dictator,” and Andy is ours’. Since his early college radio DJ days in Fresno, California, music has been the rue in Andy’s bouillabaisse and he has insisted on non-stop music to be played in the studio since the day he stepped inside. He’s also suspected to be the fastest office-birthday cake-cutter the company has ever witnessed.

every place has a story. every story has a place.™